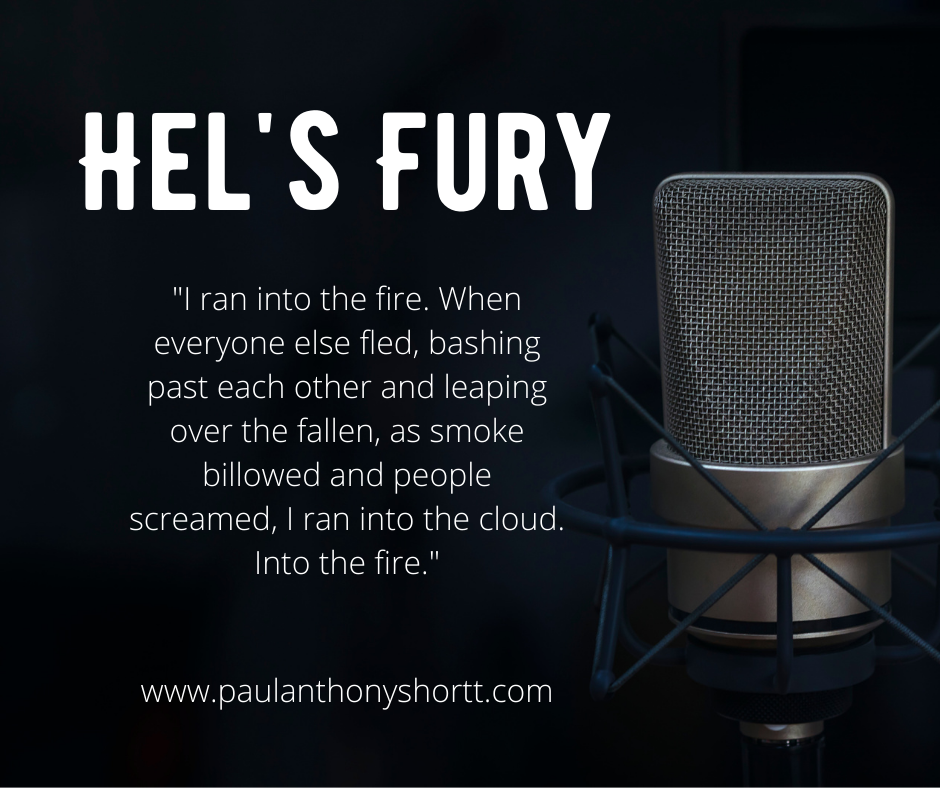 There’s no ‘normal’ way for a protest to go. Not anymore. But this was something different, something I’d never seen before. Something that would change me, and the world.

Let me back up if you’re new to the show. I’m Helen Neill, and this is Hel’s Fury, your regular dose of political and social outrage, and unless you’ve been living under a rock for the last few years, you know there’s plenty to be outraged about.

Hard to believe, but it was only a few years ago when we really thought things might turn around. We thought if we raised our voices, if we got out and voted, we’d finally take back some kind of control. We thought we could begin to put the country, the world, back on track. But who the fuck would have believed they’d straight up ignore the votes? They didn’t steal the election; they just decided it didn’t matter. So we planned and we gathered. We’re getting pretty efficient at it. It’s amazing how quickly you can marshal tens of thousands, hundreds of thousands, all in different cities, and march.

This was the march you’ll have seen in the news. The one that swept every media outlet. But the coverage is bullshit. I’m going to tell you what really happened. I’m going to tell you how the monsters came.
———————
Hel’s Fury is my latest novel intended for self-publishing. If you want to support me, and read each chapter as it comes, you can back me on Patreon at: https://www.patreon.com/paulanthonyshortt